← more from
Compost Records
Get fresh music recommendations delivered to your inbox every Friday.
We've updated our Terms of Use. You can review the changes here. 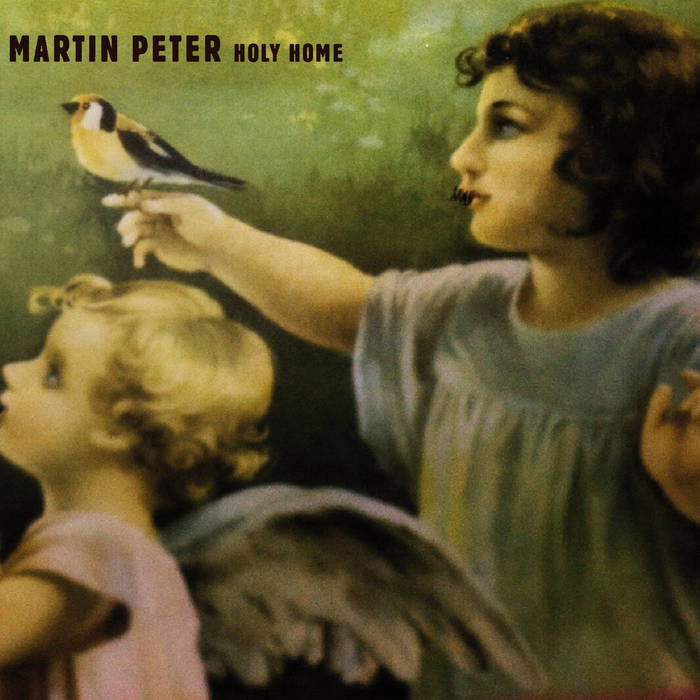 „If heaven is an asshole I’m surfing on a cloud, up here it’s so damned cold, I’m a diarrhea astronaut“ (Diarrhea Astronaut)

It required several years of growing up in a small town in lower Bavaria called Passau with a simple cassette recorder with a worn out tape, which Martin Peter got from his cousin. A bit corny cliché, this tape included AC/DC, but the boy was only six years old, in 1978 .
And the same old story happened: over the years Martin Peter accumulate a record collection and it’s content was not very polite or suave. Adding Industrial and Wave combine it with Death- and Trash Metal as well as Hardcore, and you got the score of Martin Peter’s ultimate slasher-hillbilly nursery room, Kim Wilde poster inclusive, in the middle of lower Bavaria. Narcissistic as he is, this music had to be presented to the public, no matter if they wanted to hear it or not. Not really satisfied by that entire 33/45 start/stop pressing, Martin Peter discovered the world of straight beats. It led from a ruffian to an Acid- and House-DJ. As he got in real touch with his role models AKAI, Roland 303 and Atari, it was immanent clear, his needs to create his own music as soon as possible. Well, in the meantime he felt into musician adolescence, but afterwards: absolute strong narcissism and an power-ego were incumbent upon his first productions, combined with bit megalomania initiated by the first self-created drum patterns together with baselines. It took another whole ten years to find the right balance. After round about 20 Singles (i.a. Anti Pop, Compost Black Label, Exun Rec., Pokerflat, Angora Steel) and the debut album “Enough Of This?!”, which featured fantastic guests like Alec Empire, Digitalism, Marc Stewart or Märtini Brös, which gained great reviews and much respect, Martin Peter’s megalomania somehow disappeared. The new (second) album “Holy Home” evolved and shaped up nice and sleezy during the last two years. A super support on several tracks coming from Florian Schairer (BIG JIM, Shoot Dolores), who is also part of the live band crew. Both created a musical piece that is located somewhere between Indie, Punk, Metal and a friendly portion of dilettantism.

Bandcamp Daily  your guide to the world of Bandcamp